Wondering what hardware your site’s hosted on?

Have you ever wondered what a web hosting companies' hardware looks like? Or if you're a customer, what your website is hosted on? Today I thought I'd blog about our hardware, specifically our hardware which was retired in recent months and include some photos to give you a real look into what's going on behind the scenes. We're just getting it ready to be passed down to education organisations - we'd rather it go to good use than into the recycling.

As a company we guard our hardware specs - this is because it's taken us a lot of years, a lot of headache, and a lot of money to find the right blend of hardware and tune it to provide the performance and reliability our customers have come to expect while providing a cost effective service. For this reason I'm going to only divulge our recently retired hardware rather than what we're currently using.

The hardware is a Dell Blade System. We purchased this due to it's high performance and high power efficiency. This beast of a box, containing 16 individual servers is interconnected to a storage array via ethernet. 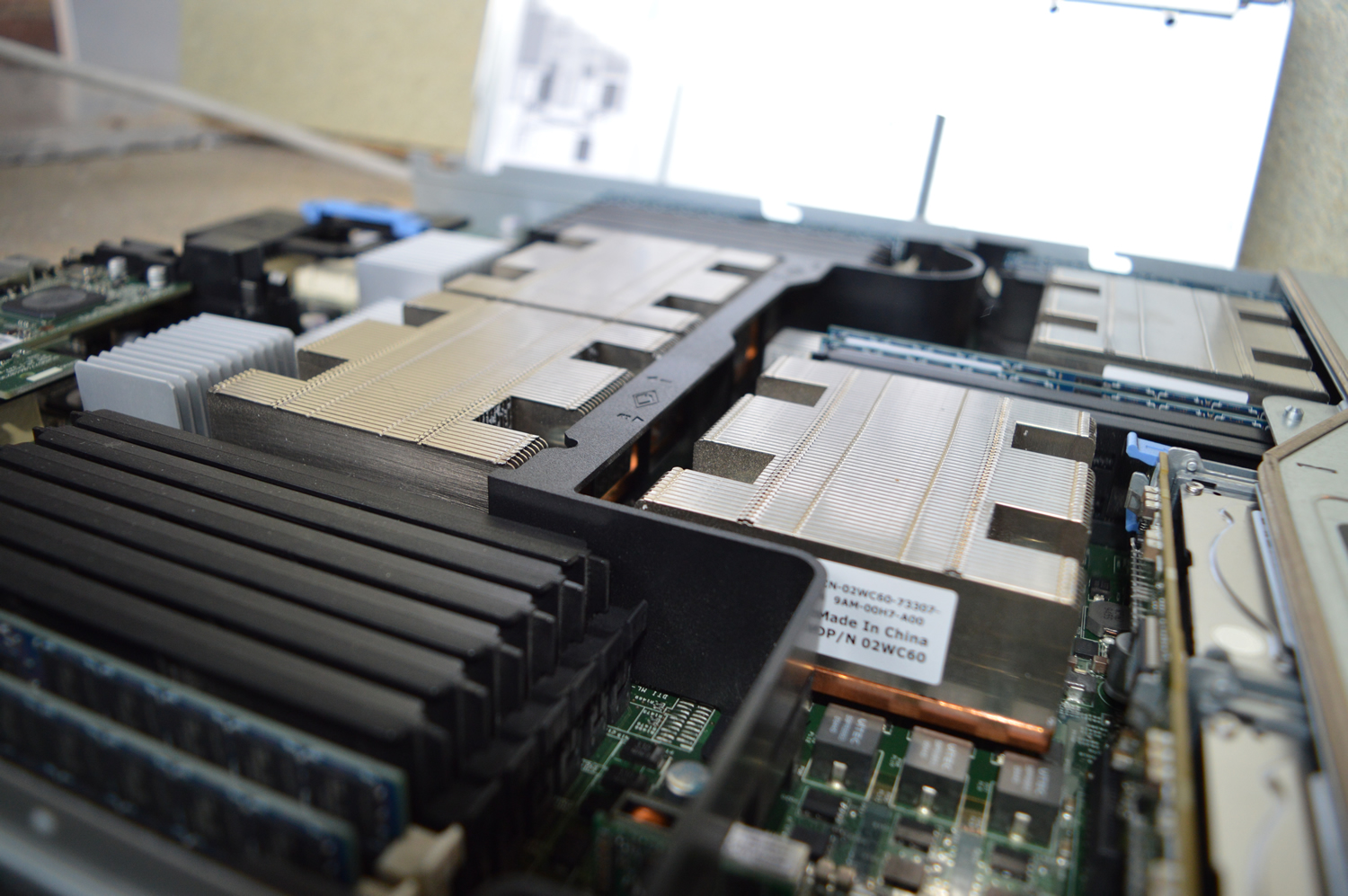 A Dell Blade with Quad 4 Core Intel Xeon CPUs, and 2 banks of memory containing 8 DIMMSs each.

At HostPresto! we like to refresh our hardware every few years. As technology progresses, not only does raw CPU speed increase but so does the surrounding technology. Including networking, interconnects, disks and memory. Although it would be easy to assume that CPU speed is the main factor of refreshing hardware, sometimes the advantages gained from other elements of hardware far outweigh the gain advantages in CPU speed alone. Take our latest renewal for instance, moving to 100% SSD disks has gained us performance increases only dreamed of previously.

If you asked anyone to picture a Web Host's hardware they will probably picture racks and racks of servers, probably an entire data centre floor buzzing away. While this is true in days gone by, these days with the speed of hardware and the use of Virtualisation, you may be surprised to know that a typical host will normally run on a few racks at most. Do not let the size fool you however - the modern server is dense - it may look no bigger than shoe box but it certainly cost a lot more than a pair of Louis Vuittons. 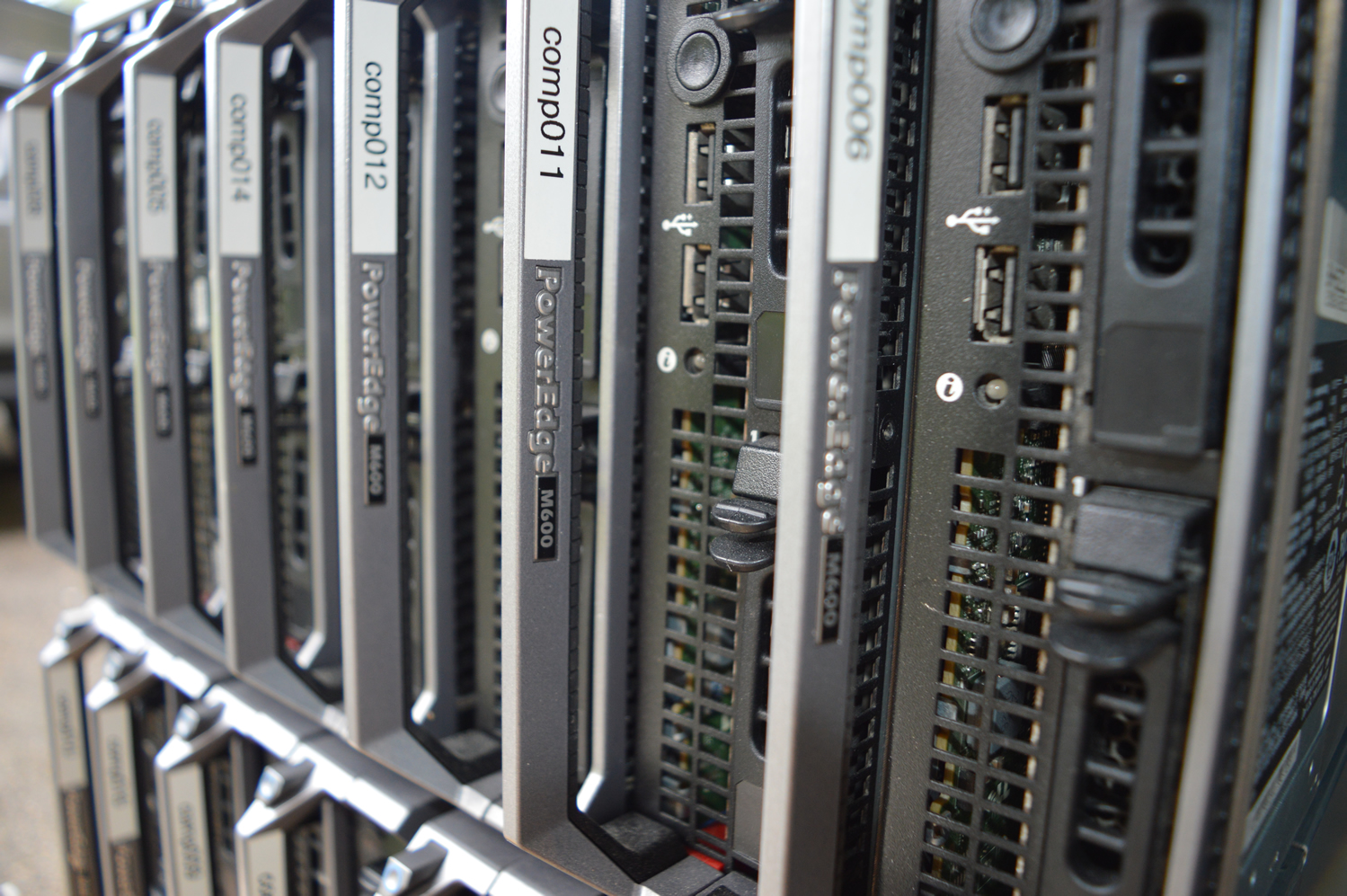 Was your site once hosted on the hardware in these photos? Most likely, and if not, it would have run through the network to the rear - which we'll look at in a minute. So how many sites could you host on said hardware? Without being too specific (again, we like to be a bit secretive) the answer is - a lot, certainly in the thousands, but when you consider the cost of this hardware is in the high 5 figures, it has to host a lot of sites to earn it's keep, that's for sure! 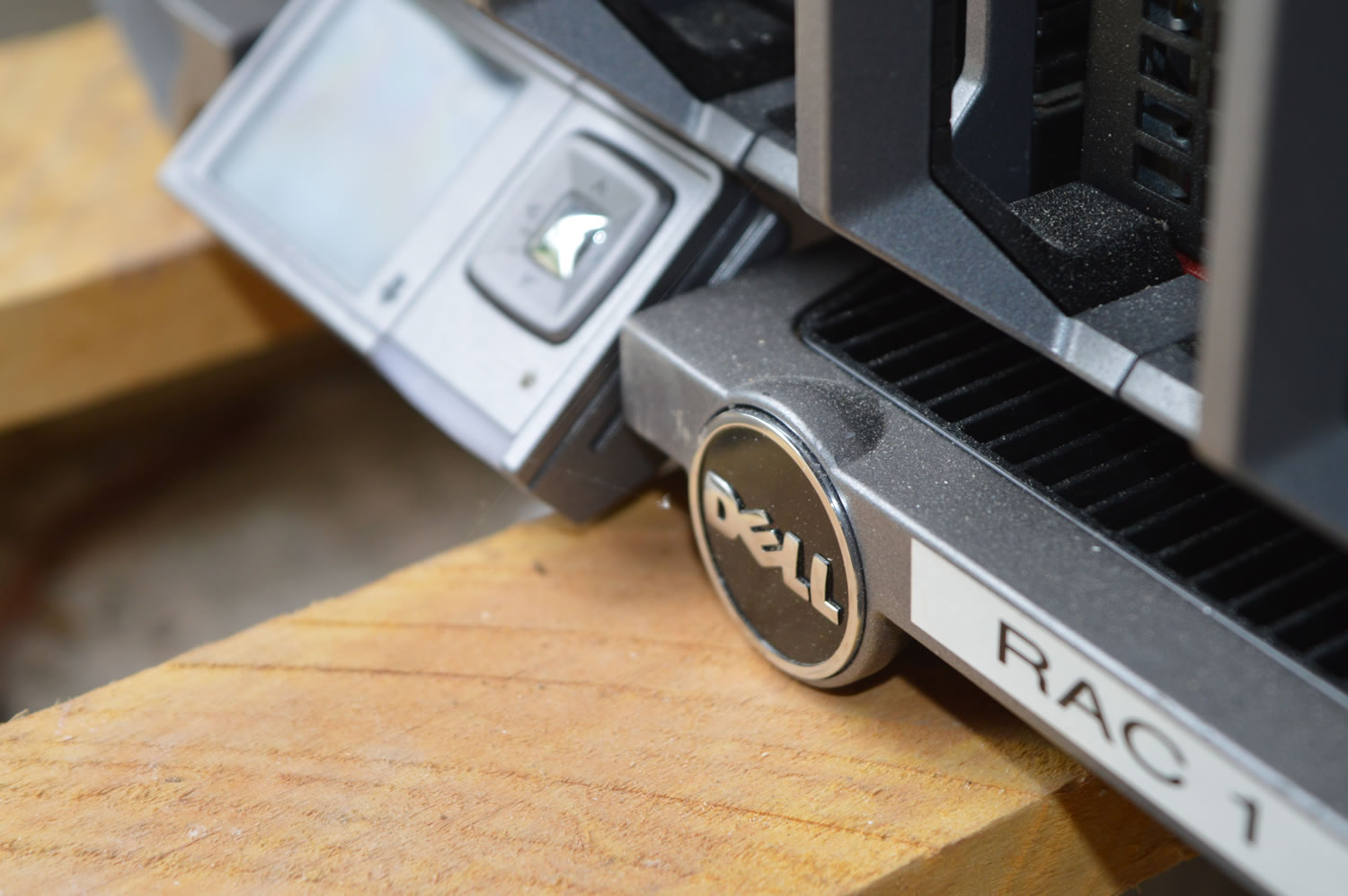 On site management provided by a small, fold away LCD keypad. Labels are important when you have a lot of kit - you don't want to unplug the wrong thing!

Hosting thousands of sites not only requires a high amount of CPU power, it also requires a high amount of storage space, and network connectivity. At HostPresto! we make sure every level is redundant, this includes power and network. The Dell blade chassis contains 6, large, power supplies, at any point we could lose 3 of them and still function. We even connect the power supplies to redundant, diverse power feeds incase there is power failure further up the grid. 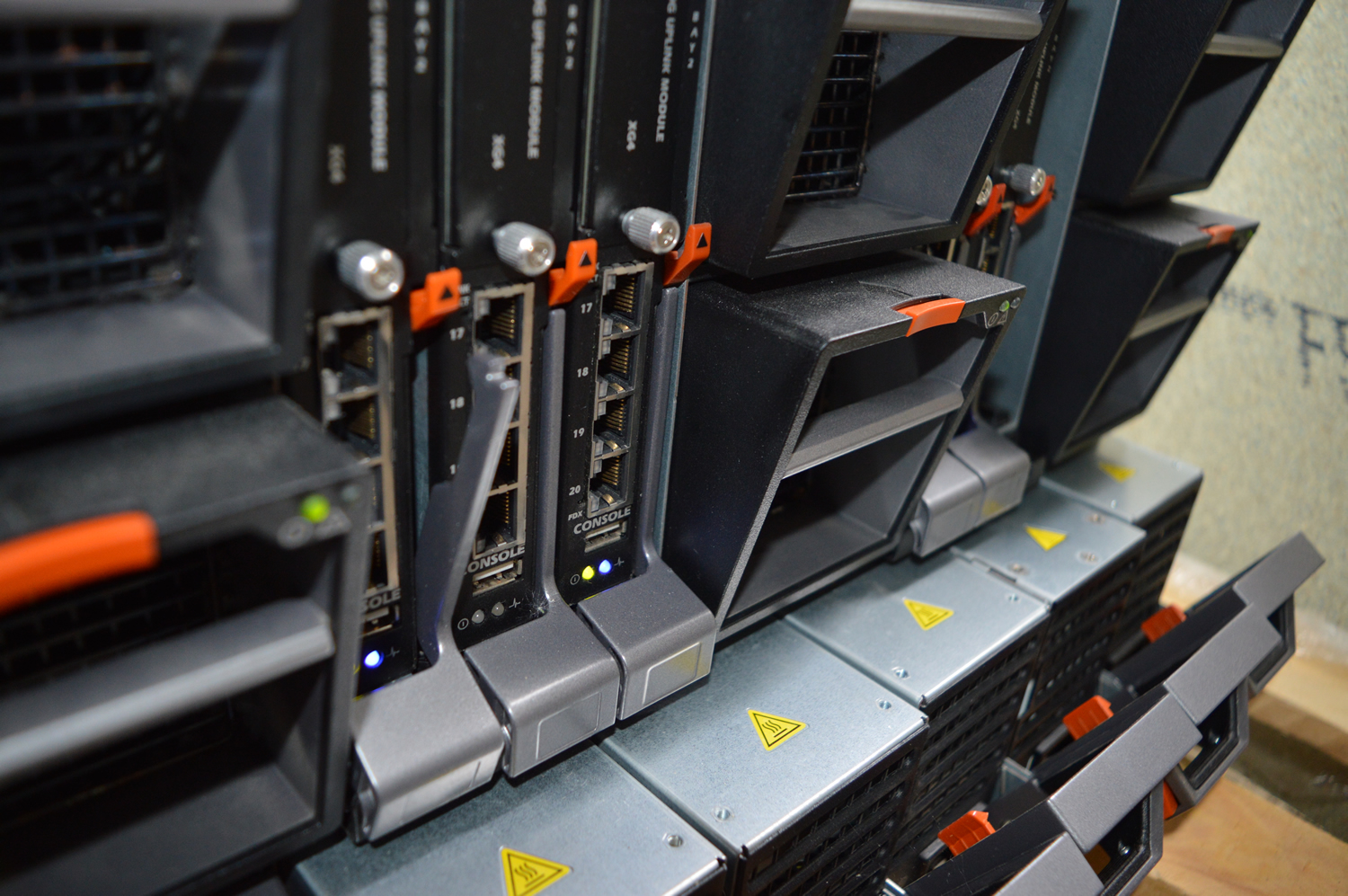 Network connectivity (shown in the centre of the chassis) has a 6x redundancy, each blade will have 6 x 1Gbps connections to the switches you can see above, uplinked at 10Gbps each to our network core. The 9 fans are placed down the centre, left and right - these things are crazy powerful, it's like standing behind a jet engine when they're at full tilt. The lower of the image shows 6 redundant power supplies, each capable of 2.5Kw.

I hope this post is informative as it is interesting and gives you an insight into the hardware behind HostPresto!

Personal or Business Hosting – Does it Matter?

Looking for the right web hosting solution for your website can be an intimidating task. Options nowadays are more diversified than ever, and each year brings new developments in the web hosting market. If you have no clue of what to look out for, you can find yourself overwhelmed with...

Content marketing continues to be one of the most valuable tools for today’s online businesses. With content, you can improve your chances of reaching your target audience, boost your search engine standing, and even unlock new opportunities for sales. The more content you produce, the more you can strengthen your...

User Experience (UX) is one of the most crucial factors to consider in web design. As the number of websites and applications in the world today continues to accelerate, businesses are under more pressure than ever to impress customers straight away. If a user visits your website and finds slow-loading...